What Are the Average Pilot Salaries in the US? 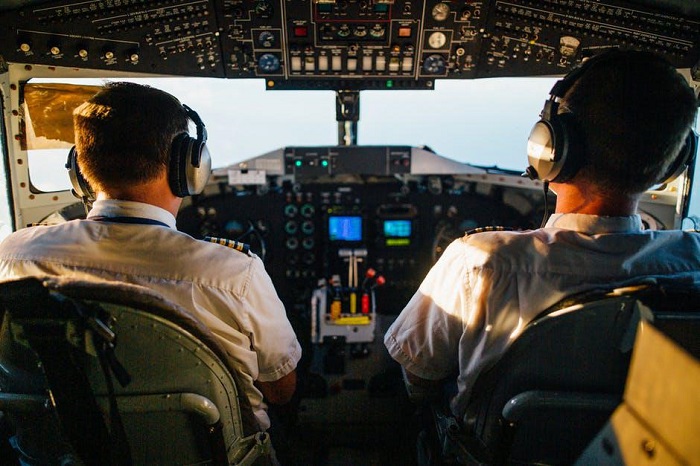 Getting your license is a big deal. If you're going through all that legwork, you want to know you'll come out on the other end with a steady income and job satisfaction from your career.

But who makes the most money as a pilot?

We've provided answers to your questions and more in this post, coming at you to help you navigate the world of becoming a pilot. Read and learn more about the pilot salaries.

Size of the Airline

The airline's size is a significant factor regarding the average salaries of pilots in the U.S. Generally, pilots employed at the lowest regional airlines make a minor airline pilot salary.

Passenger and cargo airlines have different compensation rates, but generally, pilots at the same airline have salary levels close to each other. The salaries increase with experience and rank, with more senior pilots earning more. The airline's size is an essential factor in pilot salaries in the U.S.

The average pilot's salary in the U.S. varies significantly depending on the aircraft flown. Pilots of fixed-wing aircraft such as commercial airliners, military jets, and corporate jets can earn hundreds of thousands of dollars annually.

Helicopter pilots make much less, although they still make a decent living, especially if they fly for emergency services such as firefighting, law enforcement, and emergency medical transport.

Those who fly recreational aircraft, such as light planes and gliders, make much less than their professional counterparts. With experience, however, all types of pilots can command higher salaries, with the most experienced and skilled pilots earning wages that exceed the average.

The location of a pilot's residence and field of work influence their salary. In the U.S., pilots who work as flight instructors or cargo pilots generally earn lower wages than airline pilots. On average, pilots who reside in urban areas or highly populated states generally earn higher salaries than those who do not.

Pilots' salaries can also vary according to their flight experience, type of aircraft flown, pilot license, and airline size. The West Coast generally pays higher wages than the Midwest and Southeast, and Alaska and Hawaii pay more than other states.

In addition, high-cost-of-living states such as California and New York pay more than other locations. As the demand for jobs increases, so does the salary for pilots, as transportation companies are more willing to pay for experienced pilots.

The average pilot salary in the U.S. varies significantly depending on seniority. Starting salaries for an entry-level pilot are much lower than for experienced pilots.

As the seniority increases and the pilot accumulates more experience, they tend to move up the ranks in terms of pay. It's' important to note that these salaries can vary significantly from airline to airline due to the different sizes and markets each airline operates. If you want to pursue this career, you may choose an airline pilot school.

In conclusion, pilot salaries in the U.S. may vary depending on a pilot's experience and tenure. Pilots across the country can expect to make competitive salaries that are higher than the national average. Contact a professional pilot's association in your area to learn more about wages and job postings.