October 3 2013 - After a decade of uncertainty, HR professionals are finally beginning to embrace the time- and money-saving potential of video interviewing. Today's video platforms allow recruiters and hiring managers to conduct live and pre-recorded interviews with any candidate in any location, at any time - significantly reducing travel costs and scheduling hassles.

When InterviewStream pioneered the video interview platform in 2003, the fledging market was barely a blip on employers' radar. Today video is reshaping the hiring process and has gained widespread acceptance as a business tool thanks to the explosion of online video content at sites such as YouTube, Facebook, and Hulu, as well as video communications tools such as Skype and FaceTime. More people than ever view and share videos daily, while webcams are a commonplace feature on laptops and tablets.

In a 2012 study on video interviewing usage by the human capital analyst firm Sarah White & Associates, LLC, more than 38% of respondents said they use video at some stage of the hiring process. In that same study, 74% of recruiters & 60% of hiring managers stated that video interviewing would make their job easier.

Enter WebRTC (or Web Real-Time Communication), the next generation of video interview technology. Spearheaded by Google in mid-2011, WebRTC not only enhances live interviews with HD-quality picture and sound, but it also enables a direct, real-time link between users within a web browser without the need to install any plug-ins or third party tools. InterviewStream has closely monitored the project's development due to our obsession with cutting-edge video technology, and we're thrilled to report that the technology lives up to the hype.

It's important to understand some of the pitfalls of video interviewing technology in order to appreciate the power of WebRTC and its positive impact. When InterviewStream was founded over 10 years ago, video interviews were conducted in front of a physical kiosk that was literally the size of a refrigerator! Within several years the technology had evolved into a web-based platform that tapped into Adobe Flash's ability to provide easy access to a webcam within a browser. While this solution was relatively lightweight, it still relied on a third party plug-in to be installed on top of the web browser. With all the different browsers, operating systems, and versions of Flash, configuration issues became unavoidable and commonplace.

Another challenge was providing a true real-time experience to the end-user, due to the need to route video signals through a central server. For example, if a candidate in Chicago was interviewing with a hiring manager in Miami, the video signal would have to travel to a data center (let's say in Virginia), where it would then be relayed to the hiring manager's PC in Miami. Obviously, this wasn't the most efficient route.

With these issues in mind, we researched and implemented a proof of concept to 'get our hands dirty' as soon as a beta version of WebRTC was released. To say the least, we were blown away! I conducted a test interview from Philadelphia, PA with a colleague in El Paso, TX and it was literally like being on the phone but with amazingly clear video. It essentially erased every drawback that we'd experienced over the past several years.

On August 23, InterviewStream officially launched our first version of InterviewRTC. Interviews can be experienced by anyone using an iPad (using InterviewStream's InterviewRTC iOS app), a Chrome browser, and Internet Explorer (with the Chromeframe plugin), with Firefox support coming soon. Equally important, InterviewRTC strengthens the quality and stability of mobile video communications between HR clients and increasingly on-the-go job candidates.

In my five years with InterviewStream, I believe WebRTC is the most powerful and 'game changing' video technology that has come to fruition. It will significantly improve the end-user experience during a live interview by providing an extremely low-latency, high-quality video environment. We are excited to be the first video interviewing company to utilize WebRTC as we continue to pioneer new ideas and advance the industry with future innovations. 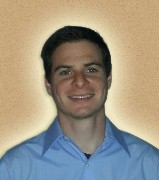 Mike Rubin has been leading product development at InterviewStream for four years. He has a B.S. in Information Sciences and Technology (IST) from Penn State University.