Love Video Games? Here are 12 Awesome Careers to Put Your Passion to Work 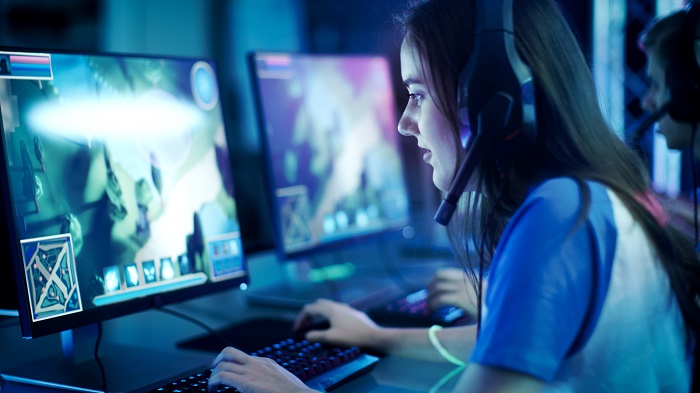 February 22 2020 - Go back a few decades and people looked at video games as juvenile nonsense. Nowadays, however, video games are bigger than Hollywood. People of all ages play video games.

But, did you know you could turn your passion into a career? There are many video game careers that you could invest time in, many of which require unique skills and talents. Whether you're an artist, a musician, a person with good ideas, or writing skills, there is a video game job for you!

Not sure which career suits you the most? Check out this list below to discover all you need to know:

Heard of people like Shigeru Miyamoto, Hironobu Sakaguchi, Todd Howard, and Sid Meier? They're all famous designers who now serve as directors or producers in their respective companies. However, they primarily gained popularity for the games they designed.

The job of a designer is to come up with ideas for a game and then lay out every aspect of those ideas to create something fun and playable. It was Shigeru Miyamoto who came up with the idea of a character running and jumping on a scrolling screen, a character later known as Mario.

Game design is a little abstract and not a lot of people can naturally get into it. You should take up a game design major to study how experts like Miyamoto succeeded. You'll learn the basics of game design and how you could push the limitations further.

If the designer comes up with the ideas and philosophy of the game, it's the programmer that makes it happen. They're the ones that do the coding. They're the people handling the physics engine and putting the art and program together.

Programmers need to know basic coding languages like C++ or C#. If you want to get better and widen your capabilities, it's also important to study common game engines like Unity and the Unreal Engine.

Programmers do all the coding but they often work with plain blocks of blue and grey. The game behaves as it should but it won't look like much without a dedicated visual artist. You can pour your love for video games by applying as an artist.

The good news is there are so many forms of art for video games. Most games are either 2D or 3D but some titles mix both. Shovel Knight, for example, uses 2D art but layers them as if they were 3D assets.

Do you love video games and have a talent for music? Do you admire the music for games like Final Fantasy VII, The Last of Us, or The Legend of Zelda: Breath of the Wild? You can combine your talent and love for games by becoming a music composer for future game projects.

Someone has to put the still art images into motion. You'll be the person working with the artists and engine programmer to make the assets move for CGI cutscenes, in-game motion, and more.

While many of these video game careers go unnoticed, voice acting gets a lot of time in the spotlight. People often get attached to characters thanks to excellent voice acting and you could jump into this career too. You will need to undergo voice lessons and training.

Some voice actors move on to live-action roles. Others take it to new heights, such as the voice actors that formed the beloved Dungeons & Dragons show, Critical Role.

Writers are unsung heroes in game development. Most developers prioritize gameplay over story, which does make sense given the fact people want to play games, not simply read the story or watch cutscenes. However, good writing can further elevate the gaming experience.

Look at games such as The Last of Us or Pillars of Eternity. These shine not only because of their polished gameplay but also because of the high-caliber writing. If you love games and their stories, this might be the career for you.

A lesser-known career in video game development is that of an audio engineer. These people make all the sound effects you hear in a game. From the sound of an ax hitting an enemy to the whiz of a lightsaber turning on, they're the people responsible for making iconic and memorable audio effects.

Quality Assurance is a hallmark of some developers, such as CD Projekt Red, Nintendo, and Yacht Club Games. They spend a lot of time tweaking and refining their games before releasing them. One way to find issues, such as bugs and glitches, is to hire testers.

You could make a career as a tester. You'll have to spot bugs, glitches, or problems with the game design. Maybe a stage is too difficult and you can tell the developers to tone down the challenge, for example.

Producers are the people who put the whole team together. They're the ones who finance development or at least are the ones responsible for finding financiers and partners. They also work as managers, making sure development goes according to schedule and that the game meets the demands of the investors.

Not all producers work as game directors or designers. Some do. It'll be up to you to determine whether you want to be more involved in the process or not.

Stepping outside of game development careers, did you know you can also earn simply by playing? Get on platforms like Facebook, Mixr, or Twitch and you can earn hundreds or thousands of dollars per month through subscriptions, ad revenue, and sponsorship deals.

Of course, some people earn more than others. PewDiePie, TFue, and Ninja are some of the most popular names in the industry.

Last, but certainly not least, you could also make a career as a gaming commentator or YouTuber. Look at channels such as Spawn Wave or Inside Gaming. They focus on uploading videos tackling the latest game news, reviews, and rumors.

There are a ton of video game careers to get into. From developing to playing in tournaments or live streaming, you can turn your passion into a viable career. Video games aren't simply for kids!