What HR Needs to Know About Work Visas for Alien Employees

February 21 2021 - Your company or institution needs to attract the top talent to succeed, and you've found the perfect fit for a critical position - but the candidate is not a U.S. citizen.

This article will explain the five types of employment-based immigrant visas available to those wishing to work in the U.S. and comes from the office of noted NYC O1 Visa Lawyer Elektra Yao.

What are Employment-Based Visas?

Individuals with "extraordinary abilities" are given first preference in obtaining employment-based visas.

The Bureau of U.S. Citizenship & Immigration Services defines individuals with extraordinary abilities as those having "extraordinary ability in the sciences, arts, education, business, or athletics which has been demonstrated by sustained national or international acclaim and whose achievements have been recognized in the field through extensive documentation."

These individuals typically self-petition for an employment-based EB-1 visa by filing an I-140 Petition for Alien Worker and supporting evidence with the Bureau of U.S. Citizenship & Immigration Services.

The following two types of workers also may qualify for an EB-1 visa:

In order to be considered "outstanding," an alien professor or researcher must have at least three years of teaching or research in their particular academic field and show at least two of the following:

An outstanding professor or researcher must be sponsored by an employer, who files the I-140 Petition for Alien Worker along with the offer of employment and supporting documentation with the Bureau of U.S. Citizenship & Immigration Services.

A U.S. employer may petition to bring an alien manager or executive to the U.S. if that alien has been in their employ for at least three years.

Individuals seeking an EB-2 visa must also have either a national interest waiver or an individual labor certification from the Department of Labor on Form ETA-750. These individuals either hold advanced degrees, can show five years of progressive post-baccalaureate experience in their area of expertise, or can show exceptional ability in the sciences, arts, or in business.

Skilled workers are those offered positions in the U.S. that are not seasonal or temporary, and they must have at least two (2) years of experience or training.

Professionals must possess a U.S. baccalaureate degree or foreign equivalent that is typically required for the position offered, and the employer must show that there are no U.S. nationals available to take the position.

"Other workers" are those with at least two years of experience or training that are offered a position that cannot be filled by a U.S. national. Employers should be aware that there is a backlog in applications for "other workers" and it may take several years for an applicant to be approved.

"Special immigrants" are U.S. residents returning to the U.S. after an authorized stay abroad, and "Persons Reacquiring U.S. Citizenship." These individuals must file Form I-360 with the USCIS along with supporting evidence of eligibility.

The following individuals may also qualify as "special immigrants:"

Ten thousand employment-based immigrant visas are available each year to qualified foreign nationals seeking permanent resident status in the U.S. on the basis of their investment in a new commercial enterprise. What qualifies as a "new commercial enterprise" is broadly construed and may include restructuring or expanding an existing business. Visit the USCIS website to learn more. 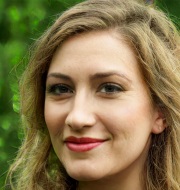 Veronica Baxter is a writer, blogger, and legal assistant living and working in the great city of Philadelphia. She frequently works with and writes on behalf of The Yao Law Group.


HRM Guide makes minimal use of cookies, including some placed to facilitate features such as Google Search. By continuing to use the site you are agreeing to the use of cookies. Learn more here